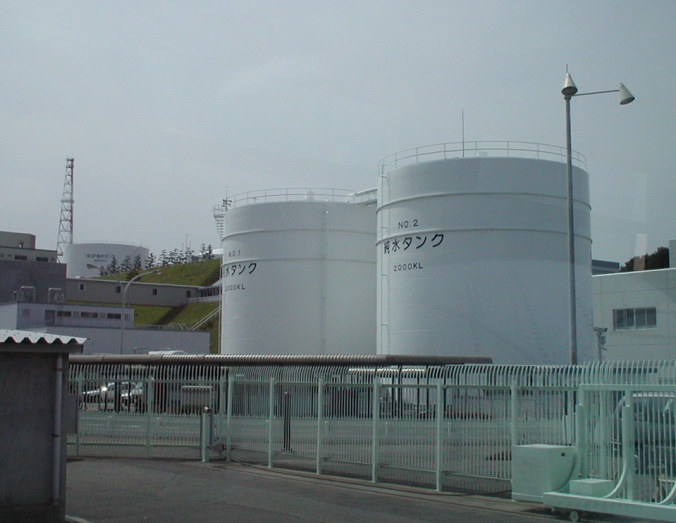 A week after the first confirmed case of cancer linked to Fukushima radiation exposure, Japan announced today that it plans to restart another of the nuclear reactors shut down following 2011’s unprecedented nuclear disaster. The Ikata prefecture power plant will conform to rigorous new safety rules inspired by Fukushima when it restarts next year. It joins two other Japanese reactors in the southern prefecture of Kagoshima which have already been restarted amidst intense ongoing protests against atomic power. According to Bloomberg Business, all three of these reactors and their corresponding plants passed Japan’s Nuclear Regulation Authority’s inspections and new safety standards. Prime Minister Shinzo Abe said today today that these standards are “at the highest level in the world.” The first plant to reopen spent over 100 million dollars on new safety systems. Two more reactors in a station north of Kyoto also received approval to restart but legal issues have impeded their reactivation.

While the Fukushima disaster did not contribute to the death toll of over 19,000 people killed by the earthquake and tsunami which caused it, long term effects and implications are still hotly debated. The Fukushima worker recently diagnosed with Leukemia did not get cancer during the disaster itself, but while he was part of the effort to clean up the plant and heavily contaminated surrounding areas. Nuclear material of varying degrees of radioactivity has been leaking into the Pacific Ocean continuously since 2011 and estimates say the cleanup will take decades. The country of Japan sits on a major fault line and is highly prone to earthquakes. While an earthquake of the same extreme severity that caused Fukushima is rare, it is not impossible that it could happen again, especially since another Japanese nuclear plant sits directly on a known, active fault line. Fukushima displaced tens of thousands of people, and the unprecedented challenges of the cleanup effort have contributed to the public’s concerns about a return to nuclear power.

Polls show that most Japanese people do not approve of the restarts and there have been widespread protests each time a new reactor gets permission to be restarted. In spite the damage to his popularity, Prime Minister Abe’s administration strongly advocates the use of nuclear power, which has been a confirmed national strategic priority since 1973. Need, far more than concern for clean energy, drives this position in Japan, as Japan has few natural resources and imports more than four-fifths of its considerable energy needs. Nuclear power has the potential to massively cut Japan’s energy costs and dependence on foreign resources, as it had before Fukushima. According to the Nuclear Energy Institute, prior to the disaster Japan depended on nuclear power for 30% of its energy.

According to the World Nuclear Association, Japan currently has 43 operable nuclear reactors, all of which had been shut down by September 2013 because of Fukushima. Aside from the three already approved, permission to restart proceedings has begun for 24 more reactors. According to the BBC, such a mass restart of dormant reactors is unprecedented. However, the legal issues which delayed the restart of two approved reactors present a common problem. Because of this, according to Parisian independent energy consulting firm Mycle Schneider, “The outlook for restarts is as cloudy as ever.” Reuters estimates that only seven reactors are likely to be turned back on in the next few years.

Japan’s traumatic history with nuclear power started with the atomic bombs detonated in Hiroshima, Nagasaki, and later in the Bikini atoll, but its first nuclear disaster of the 21st Century came on different terms and with different implications for its future. Four and a half years later, Japan can only now begin to get an idea of Fukushima’s long-term repercussions for both its policies and its people.